Arlette Stratton is the Veteran Services Coordinator/SCO at CCD and recent addition to our Cityhawk family. She will be participating in an upcoming panel discussion on Military Sexual Trauma (MST) Wednesday, October 14th. 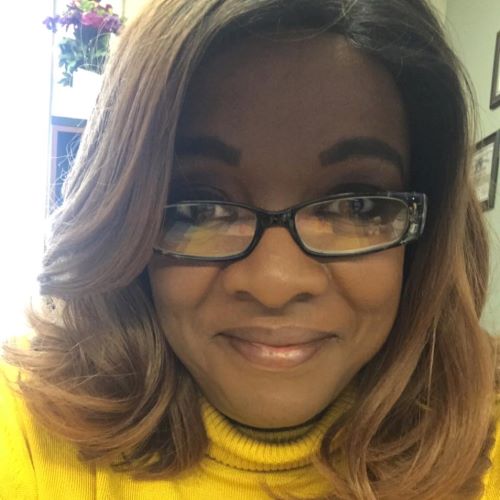 Pre-registration for the event is required. Below is a short interview between Arlette and Charlie Fredrick, Senior Human Services Coordinator within the Office of Student Life.

1. Let’s start off with some introductions. Can you tell me a bit more about yourself, your background, and how you become involved in supporting veterans?

I recently moved to the Denver area after living in Kansas off and on for about 18 years. I started in higher education in 2010 after accepting a position with Barton Community College at their Fort Riley, Kansas location. I began my higher education career path by serving as an Enrollment Specialist. In 2011 I was able to move into academic advising. This is where I truly discovered my calling! It was within my first year of advising that I knew, without a shadow of a doubt, that I belonged in higher education. In 2015 I was given the opportunity to move into the role of the VA Specialist/School Certifying Official for the Fort Riley and Fort Leavenworth locations.

Growing up in an active-duty military family, I was afforded the opportunity to travel the world and experience different cultures. I also spent some time as a military wife. Serving as a VA Specialist, and now serving as the Veteran Services Coordinator, I feel that these roles provide me the opportunity to give back to those that have sacrificed and given so much in defense of our country. It is my small way of being able to say thank you to those that are part of the veteran student population.

2. For folks not familiar, what is the Veterans Services Center and what is your role there?

The Veteran Services Center (VSC) serves veteran and military-connected students as they pursue their academic and educational goals. Community College of Denver values this student population and understands they may face unique circumstances, such as the policies that must be followed for these students to use their education benefits. The goal of the VSC is to provide resources and services to foster student success.

As the Veteran Services Coordinator and School Certifying Official, I am a liaison between the student, the college, and the Department of Veterans Affairs. I am responsible for reporting student enrollment, schedule changes, and tuition/fees to the VA. I advocate for our veteran student population. I am a point-of-contact for anyone having questions regarding the use of their VA Education benefits. I retain resource information to ensure our office is offering the most updated information available. I work in conjunction with other offices and departments on campus to ensure policies and procedures are being followed for all students using VA Education benefits.

3. The disappearance and killing of 20-year-old Private First Class, Vanessa Guillén, has sparked a diverse anti-violence movement under the banner, #IAmVanessaGuillén with a number of active service members and military veterans publicly sharing their own stories of military sexual trauma in what some are calling a #MeToo reckoning for the military. How do you define military sexual trauma? Who does it impact?

The hashtag #IAmVanessaGuillén has encouraged military members and veterans to come forward and speak out about their own sexual assault and sexual harassment experiences. Military sexual trauma is not a new occurrence. It is a horror that many have been battling in the military for decades. With the hashtag and subsequent movement, many have found their voice to come forward and say ‘I Am Vanessa Guillén’. With this movement gaining momentum, voices are being heard and changes are being demanded in Washington, in the form of the Vanessa Guillén Act. This legislation was introduced in the House of Representatives in September, with a goal of reforming how the military addresses sexual harassment and assault. We as a society and those advocating for our military and veterans need to speak up and speak out about removing the stigmas active duty military members face when reporting traumatic events.

4. Guillén is not the only woman of color whose family is demanding justice. State-based violence against women of color is typically underreported and receives far less public outcry than cases involving white women and even of those involving Black men. What’s going on here? Why the double standard when it comes to women of color?"

In examining the case of SPC Vanessa Guillén, her family has reported that she was being sexually harassed prior to her disappearance and murder. Unfortunately, within the military, many do not report because there is a deep-rooted fear of retaliation and being labeled a ‘problem soldier’.

5. Lastly, for any student veteran on campus seeking support in processing & healing from MST, how do they get in touch with you?

I want any Veteran student to know that they are welcome to reach out to me for assistance and support. When we are back on campus, I can be found at the Veteran Services Center, located in the Cherry Creek Building. They are also welcome to reach out to me by calling my direct line: 303.352.3103 or my work cell: 720.731.4552. I am also available via email: Arlette.Stratton@ccd.edu

Thank you so much, Arlette, for taking the time to answer my questions and for all the work you’re doing here at CCD for our veteran students.

Community College of Denver’s Office of Student Life and the Phoenix Center at Auraria will be co-hosting hosting a Military Trauma Panel: “You Are Not Alone”