Community College of Denver’s (CCD) Kristi Strother was named “SPJ 2017 Journalism Educator of the Year” by the Society of Professional Journalists (SPJ) Colorado Pro chapter board. This award is given annually to recognize the outstanding work of an educator at a Colorado school. 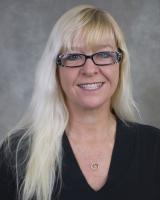 Strother is the chair of CCD’s journalism department, an English professor and a faculty adviser for the award-winning The Star, Journal of Excellence, which have been a student-produced publication since 2006. She is also a member of SPJ since 1989 and acts as co-chair of the SPJ Auraria chapter.

Prior to working for CCD, she spent 16 years working in the newspaper industry for Gannett and Freedom Communications. Her love of journalism stretches back to high school where she held her first newspaper job and eventually become the editor for her school paper.

"Kristi's work with the CCD journalism program is impressive, and the pro chapter members are well aware of the strong support she gives to the Auraria campus SPJ chapter," said Ed Otte, SPJ Region 9 director. “This was very evident in 2015 when we hosted the Region 9 conference on the Auraria campus. Kristi's involvement made the conference a valuable experience for students from Colorado, Utah, New Mexico and Wyoming."

Earning her B.A. from the Journalism College at the University of Oregon (OU), Strother also spent time working at the OU college newspaper and landed her first job out of college working for Gannett in Washington State. She then moved to Colorado Springs and worked for the Gazette before becoming a professor at CCD.

“This is a great honor and I feel so humbled by this acknowledgment,” said Strother. “I have been in the media industry since I was a young girl, and it is my passion to now share, and introduce it to our students.”

This award, along with three other major honors, will be presented at the Top of Rockies awards program on Friday, April 14 at the Denver Press Club.