Dr. Martin Luther King, Jr. exemplified community leadership and made it the cornerstone of his civil rights ministry. In the spirit of Dr. King, Community College of Denver (CCD) will honor Denver community leaders Carlotta Walls LaNier, Erin Brown and Francie Anhut at its annual CCD MLK Scholars ceremony. The event is scheduled to take place on January 19th from 9:30 to 11:00 a.m. at St. Cajetan's Cathedral on the Auraria campus.

During the ceremony, CCD will also proudly present the 2017 MLK Scholars, which recognizes CCD students who are also leaders in their own right. This two-part scholarship incentivizes academic success by distributing half of the scholarship in the spring, and the other half upon completion and continued enrollment in the fall semester.

We welcome you to join us for this event but the RSVP is now closed. Walk-ins are welcome, but please note, this option may be standing room only. If you have questions or need more information, please contact Jessica Lanfranco at 303.556.3605. Admission is free. 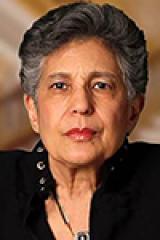 Carlotta Walls stepped into history in September 1957, when at age 14, she became the youngest of nine students chosen to integrate Little Rock Central High School. The students became known around the world as the Little Rock Nine, and with great courage and determination, they changed the face of American education forever.

She was one of the two members of the original nine who returned to Central in 1959, and on May 20, 1960, she became the first African American girl to participate in a graduation ceremony at Central.

Among the many awards she has received are the Congressional Gold Medal of Honor, which President Bill Clinton presented to each member of the Little Rock Nine, and five honorary doctorate degrees, the Spingarn Medal, Pierre Marquette Award, and the Abraham Lincoln Presidential Award. She has two children, Whitney and Brooke, and two grandchildren. She lives in Denver, Colorado, with her husband, Ira. She authored her memoir, A Mighty Long Way: My Journey to Justice at Little Rock Central High School, published Aug. 25, 2009, by Ballantine Books, a division of Random House. President Bill Clinton wrote the foreword, and it already has received wide acclaim. 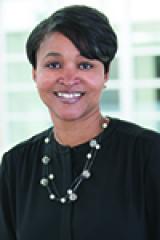 Erin Brown is the executive director for the Office of Children’s Affairs with the City and County of Denver.

Her office works to improve quality and increase access to experiences that will ensure all children have resources and opportunities to succeed in school, in the workplace and in a global society, regardless of race, ethnicity, income or disability.

With more than 20 years of leadership experience directing civic programs and services, Brown has an endless and unbroken passion for addressing issues concerning children, minorities and elderly communities 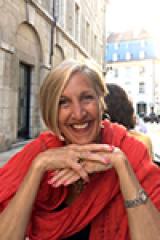 Francie Anhut joined Community College of Denver in May 2014 as the executive director of the CCD Foundation and College Advancement. In her two years in that role, Anhut helped raise nearly $2 million to support student scholarships.

Francie Anhut passed away October 24, 2016 after a heroic 16-month battle with cancer. Before her death, Francie’s friends and family established the Francie Anhut Scholarship Fund at the CCD Foundation to honor her legacy. The scholarship fund has already awarded one scholarship and, once endowed, will give scholarships in her name for perpetuity. As of December, the fund raised over $91,000. Francie will continue to impact CCD for generations to come.

Each of this year's honorees has lead the Denver community forward and inspired others with their vision, passion and sustained commitment.

With more than 9,000 students, Community College of Denver (CCD) is the third-largest community college in Colorado and a leading point of entry to higher education for the city and county of Denver. CCD provides a cost-effective, high-quality college education to nontraditional students, along with access and opportunity, workforce development, training resources for local organizations and community partnerships. CCD is a federally funded Hispanic Serving Institution (HIS) and is one of 13 community colleges in the Colorado Community College System (CCCS). Learn more at www.CCD.edu.