(Denver, CO) – Dr. Martin Luther King, Jr. exemplified community leadership and made it the cornerstone of his civil rights ministry. He inspired people to continue his work in their communities. In the spirit of Dr. King, Community College of Denver (CCD) honors three community leaders.

Cleo Parker Robinson, Christine Benero, and Dr. Linda Lujan are among the 2021 honorees to be recognized on January 18, 2021, as we celebrate Dr. Martin Luther King Jr. Day.

Every year for the past 11 years, CCD has recognized the outstanding work of community leaders as part of our MLK Celebration event. In keeping with our annual tradition, CCD is proud to honor these three leaders in Denver's community virtually. This year's virtual recognition will take place at CCD.edu/MLK2021 and on our social media channels.

CCD also proudly presents the 2021 Wellington Webb MLK Scholarships, which recognizes CCD students who are also leaders in their own right. This two-part scholarship incentivizes academic success by distributing half of the scholarship in the spring and the other half upon completion and/or continued enrollment in the fall semester.

This year’s recipients are Amelia Federico, who is studying political science; and Mariam Osman, who is pursuing studying English and multimedia journalism. 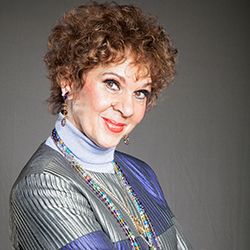 She is the recipient of honors and awards from corporate, civic, community, and artistic entities world-wide, and is continually called upon by a myriad of organizations and performance venues to bring her Ensemble for performances, teaching residencies and motivational workshops.

A master teacher/choreographer and cultural ambassador, she and her Ensemble have performed nationwide and internationally throughout Europe, the Caribbean, Asia, and the African continent, with their most recent international tours taking them to Bogota, Colombia in the Spring of 2019 and Mexico in Fall 2019.

In 1991, Ms. Parker served on the task force for the creation of a permanent location for the Denver School of the Arts (DSA), Denver’s first performing arts magnet school, and was subsequently honored In September 2017 at their 7th Annual Fall Gala, in recognition of her long-term commitment to excellence in arts education. She is also co-founder of the National Bahamian Dance Company, based in Nassau.

In 2011, Ms. Parker Robinson was voted an Honorary Lifetime Trustee of the Denver Center for the Performing Arts, in recognition of her longtime commitment and lasting impact on the Center.  In June 2017, she became the recipient of the highly prestigious DanceUSA Honor Award and in September 2017, the Randy Weeks Arts Leadership Award from the Denver School of the Arts.

Ms. Robinson has served on NEA panels on Dance, Expansion Arts, Arts America, and Inter-Arts panels for the USIS. Ms. Robinson is a regular panelist for the National Foundation for Advancement in the Arts as well as other national task forces, boards and committees in the arts arena. In April 1999, she was appointed by former President William Jefferson Clinton, with Senate confirmation, to serve for four years on the National Council on the Arts, a 14-member panel advising the Chairman of the NEA on agency policy and programs, and reviews and making recommendations to the Chairman on grant applications.

Since 2011 and 2012, Ms. Parker Robinson has returned to her greatest passion, the art of the choreographer, creating and presenting two new full-length works, “Dreamcatchers: The Untold Stories of the Americas” and the riveting world premiere of her “Romeo and Juliet”, which was first presented in collaboration with the Colorado Symphony Orchestra. Her work “On the Edge…  Reaching to Higher Ground” premiered in October of 2014 in answer to resurging racial and human rights infractions both nationally and internationally. In Spring 2017, audiences were thrilled with the re-staging of two of her works melding the worlds of classical and jazz composition with the power, passion and beauty of modern dance – “Romeo and Juliet” and “Porgy and Bess”. Fall 2017 saw the premiere of her “Copacetic: A Tribute to Jonathon “JP” Parker”, honoring her father. In the Spring of 2018, she premiered “Lark Ascending” in collaboration with the Boulder Philharmonic. Her “Rhapsody in Black”, created in collaboration with CPRD Associate Artistic Director, Winifred R. Harris, premiered at the Newman Center for the Performing Arts, University of Denver.  In January 2019, in collaboration with the Denver Brass, she choreographed an innovative interpretation of Bernstein’s “On the Town” and Spring 2019 saw the premiere of her collaboration with the Colorado Ballet, entitled “The MOVE/ment” as part of the Tour de Force performance series at the Ellie Caulkins Opera House, Denver Center for the Performing Arts. Her most recent choreographic project brought her to UMKC in Kansas City to set a work on the students of CPRDE alum Gary Abbot, entitled “Check Cashing Day” in tribute to the jazz genius of Bobby Watson and Milt Abel.

Cleo Parker Robinson continues to be dedicated to celebrating the human experience and potential through the Arts and Education. Her life-long vision of “One Spirit, Many Voices” remains strong and steadfast, expanding to welcome, embrace, and sustain all people. 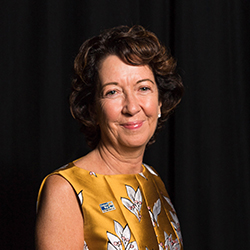 Christine is the former Chief Executive Officer of the American Red Cross Mile High Chapter, in Denver, Colorado. Prior to joining the American Red Cross, Christine was the Director of the Office of Public Liaison for the Corporation for National and Community Service in Washington, DC. She served in two Presidential administrations working for both Presidents Bill Clinton and George W. Bush. Christine has served as Vice President of the National Civic League, and as a Community Affairs Corporate Program Officer for Target Stores in Minneapolis, MN.

Christine serves on the Boards of HealthONE, National Domestic Violence Hotline, Denver Public Schools Foundation and Executives Partnering to Invest in Children. In 2017, she was appointed by Denver Mayor Michael Hancock to the Denver Education Compact Board. Christine was named the 9News Leader of the Year in 2007 and in 2009 was named by both the Rocky Mountain News and the Denver Post as one of “Nine to Watch in 2009.” In 2010 she was named a “Woman of Distinction” by the Girl Scouts of Colorado and in 2011 received the “Las Madrinas” award from Centro San Juan Diego. In 2012, Christine was honored nationally by Girl Scouts of America as one of “One Hundred Distinguished Alumni” in honor of Girl Scouts 100th birthday. In 2013, she was named one of the 25 Most Powerful Women in Denver by the Colorado Women’s Chamber of Commerce and presented with the Urban League’s “McKinley Harris Distinguished Warrior” award. In 2016 Christine was named one of the Denver Business Journal’s Outstanding Women in Business and in 2017 received the Colorado Governor’s Citizenship Medal for Public and Community Service by Governor John Hickenlooper. The Colorado Governors’ Citizenship Medal is one of the highest honors bestowed upon citizens and organizations of Colorado for their meritorious contributions to the strength and vitality of the state.  In 2019 she was named one of Colorado’s Most Admired CEO by the Denver Business Journal and was honored with the ATHENA award by the Colorado Women’s Chamber of Commerce for “Inspiring the next generation of women”.

Christine is a past President of the Association of Junior Leagues International, a past chairman of the Women’s Foundation of Colorado, Coalition for America’s Children and the Kiwanis International’s Young Children: Priority One Advisory Board. She was a delegate both to the Presidents’ Summit for America’s Future in 1997 and to the NGO Forum at the UN Conference on Women in Beijing in 1995. 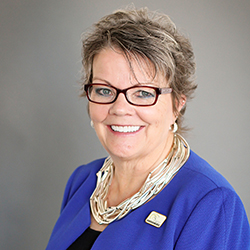 Lujan has published and presented nationally, serves on many local and national boards and committees, and has received numerous awards and accolades for her work, however, she considers her most important role to be mother, grandmother, human being, and leader who believes we can all make a difference on this planet.

While Lujan had previously studied diversity, equity, and inclusion and was raising bi-racial children in Littleton with her now-deceased husband, Denver Police Captain, Edward Lujan, Jr., it wasn’t until she came to CCD she truly learned the richness, reward, and compelling need to focus on diversity, equity and inclusion work. She is humbled beyond words by this honor.

November 16, 2021
YMCA of Metro Denver and Community College of Denver Partner to Give Students Health and Wellness Career Pathways