Dr. Martin Luther King, Jr. exemplified community leadership and made it the cornerstone of his civil rights ministry. In the spirit of Dr. King, Community College of Denver (CCD) will honor Denver community leaders Dr. Paul L. Hamilton, Speaker of the House Crisanta Duran and Dr. Bryon McClenney at its annual CCD Dr. MLK, Jr. community leadership awards ceremony. The event is scheduled to take place on January 18th from 9:30 to 11:00 a.m. at St. Cajetan's Cathedral on the Auraria Campus.

During the ceremony, CCD will also proudly present the 2018 Dr. MLK, Jr. Scholars, which recognizes CCD students who are also leaders in their own right. This two-part scholarship incentivizes academic success by distributing half of the scholarship in the spring, and the other half upon completion and continued enrollment in the fall semester.

If you have questions or need more information, please contact Jessica Lanfranco at 303.556.3605. Admission to this event free.

Our honorees have lead the Denver community forward and have inspired others with their vision, passion and sustained commitment. 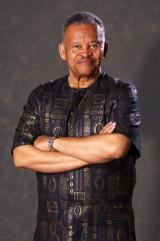 Despite growing up poor, Dr. Paul L. Hamilton was able to find a way to pay his way at University of Denver (DU). While at DU, he worked for civil rights with the Freedom Riders, traveled to Asia with the YMCA, and joined the Operation Crossroads Africa project.

Paul earned his B.A. and M.A. from the DU, and went on to earn his Ed.D. from the University of Northern Colorado. In 1964, he was hired as the first African-American teacher at Denver’s Lake Junior High, and he co-founded the Black Educators United group. He also served two terms as a state legislator, from 1969-1973, and was director of the Denver Power Learning System, helping hundreds of African Americans become business entrepreneurs.

He is a published author, and highly regarded life-action coach. Hamilton retired from education in 2014 to devote full-time attention to his African art collection. He currently serves on the Board of Directors for Red Line Contemporary Art Center. 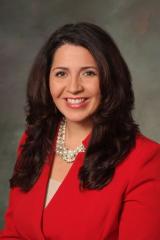 At the age of 37, Speaker Crisanta Duran is in her fourth and final two-year term representing House District 5 in central Denver. In 2016, she was elected to be speaker of the Colorado House of Representatives, one of the top three positions in state government. She is the first Latina to hold the position. During her time in office, she has been a leader in economic development efforts, as well as chairwoman of the Joint Budget Committee.

Speaker Duran serves on the board of the National Association of Latino Elected & Appointed Officials and the national Board of Hispanic Caucus Chairs, and in 2016 was a featured speaker at the Democratic National Convention in Philadelphia. She is a sixth generation Coloradan with a law degree from the University of Colorado, where she was elected president of the Student Bar Association and the Latino Law Student Association. 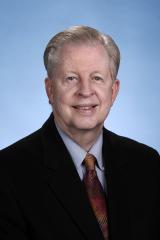 Dr. Byron McClenney has completed 56 years as an educator, including nearly 33 years as a community college CEO, including 14 years as president of Community College of Denver. He has served as a consultant to institutions, state higher education systems, state governments, and professional associations in 47 states and internationally. He focused his career on student success, institutional effectiveness, leadership, strategic planning, and organizational transformation.

McClenney currently serves on the Colorado State Board for Community Colleges and Occupational Education and the Colorado Opportunity Scholarship Initiative.

With nearly 8,000 students, Community College of Denver is located on the vibrant Auraria Campus in downtown Denver. As a leading point of entry to higher education for the city and county of Denver, CCD offers small-class sizes and flexible schedules, career and academic programs, award-winning professors, extensive advisory and support services, world-class facilities, easy access via RTD light rail, and affordable tuition. CCD is a federally designated Hispanic-Serving Institution and is one of 13 community colleges in the Colorado Community College System (CCCS). Learn more at CCD.edu.