This ceremony honors the top high-performing community service oriented students from 14 Colorado community colleges. These students belong to their college’s chapter(s) of the Phi Theta Kappa (PTK) honor society and have been selected as being the “best of the best” from their respective institutions. Recognizing the academic achievement of two-year college students, PTK is the largest honor society in American higher education.

Twenty-seven outstanding community college students will be recognized and the highest rated of those will be presented as Colorado’s “New Century Scholar” award honoree and given a $2,000 scholarship from the Coca-Cola Scholars Foundation and the Coca-Cola Foundation. The New Century Scholar will be invited to represent Colorado at the annual American Association of Community Colleges national convention.

Additionally, all 27 students will receive scholarships from Johnson & Wales University and Regis University. 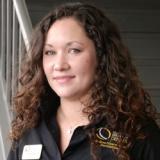 Stacie Amaya will be graduating in the spring of 2015 from the paralegal program with an Associate of Applied Science degree. Stacie feels that being invited to become a member of Phi Theta Kappa Alpha Mu Mu chapter in the fall of 2013 was the first step toward really becoming involved on campus, as well as in the community surrounding the College. She was able to connect with volunteering opportunities on campus that enabled her to find her place, and feel a sense of belonging and connectedness with the community. She not only serves CCD through her Student Government Association position, but also serves the entire campus through her role as a member on the Auraria Board of Directors, and the broader community through her Student Advisor position with the Colorado Commission on Higher Education. Stacie feels honored to be given this opportunity to represent CCD. 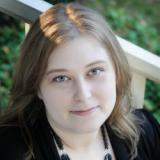 Laura Thomas worked as a freelance writer and author before her passion for science motivated her to attend CCD and earn an Associate of Science degree, which she will complete this summer. Next she’ll pursue a biochemistry degree with her ultimate goal of getting into virology. Laura has been a member of PTK for two years and was privileged to participate in several events, particularly building homes for Habitat for Humanity. She is an education advocate, an officer in CCD’s STEM Club, and volunteers regularly. She’s thrilled to be a part of PTK’s Academic Team!

Want to Become a Member of PTK?

To be eligible to belong to the PTK honor society, students must complete at least 12 hours of associate degree coursework and earn a minimum 3.5 grade point average. Colorado’s first PTK chapter was chartered in 1932 and today there are nearly two dozen active chapters in the state. More than 51,000 Colorado Community College students have been inducted over the last 83 years.