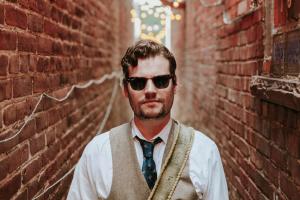 Roger L. Harmon is an award-winning guitarist and bassist, originally from Indiana, now based in Denver, Colorado. His expertise is supported by a bachelor's degree in Music from Indiana University as well as a Masters in Music from the University of Denver. With a foundation in classical guitar, he excels as an in-demand performer of all styles including jazz, folk, and rock.  Roger has shared the stage with artists including Alabama, Umphrey’s McGee, Victor Wooten, Trout Steak Revival, and Green Lemon.

In the orchestra pit, Roger played guitar and bass for Chess the Musical (Benny Andersson and Björn Ulvaeus of ABBA), Rocky Horror Picture Show, Peter Pan, Il Divo, and Denver Gay Men’s Chorus. He has composed music for film and television and can be seen performing with Denver-based group, Tin Brother.

During his free time, Roger enjoys spending time with his wife, Alexis, and son, Louis.