An Interview with My Professor

Stephen Thomas has been a member of Community College of Denver (CCD) faculty for a quarter-century and has shown lifelong dedication to his career. 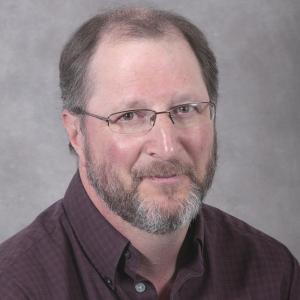 Even with his years of experience, Thomas has not gotten bored with his job or lost interest in his fascination with language. With the competitive job markets, it has become harder and harder to turn a college degree into a career, but this determined professor is an inspiration to students by reflecting how hard work, as well as loving what you do, can take you where you want to go.

Thomas is an example of an "old dog" who can learn new tricks.

Sophia Gray (SG): What is your current title and what do you do at CCD?

Stephen Thomas (ST): I am the chair of the English department at CCD and currently teach one or two classes a semester. However, most of my work is directorial; making sure the department is running smoothly. I still carry the title of English professor and have taught at CCD for 25 years.

SG: When you were an adolescent did you see yourself becoming a teacher? What did you want to be?

ST: No, I never thought I would be a teacher. I actually had this fantasy as a child that I would become an oceanographer. I was inspired by Jacques Cousteau when I saw his images in a National Geographic special. I still have not had the chance to scuba dive, myself. However, I snorkel as much as I can, and anytime I'm on a family vacation, anywhere near a beach, I will disappear for hours at a time to be in the water.

SG: Why should someone attend CCD?

ST: CCD is the only community college in the country that is located on a full-scale campus due to the fact that there is also a state college and renowned public college on the same campus. Even though Auraria is a commuter campus, students have an opportunity to get a full college experience. I think diversity is enriching for students. CCD also has a high-caliber, dedicated faculty and staff.

SG: What do you enjoy most about your job?

ST: Students. I love being in the classroom, learning alongside students and being inspired by them. Unfortunately, almost all my job is currently administrative work, and I don't get to interact with students as much as I would like because I am confined to this desk. I do teach one class, Survey of Humanities, which is an interdisciplinary course that looks at different periods of time and examines those culture's creative output. It is definitely an intriguing and eye-opening class; I get as much out of it as the students.

SG: An English major is not commonly known to turn into a very lucrative career, how did you know you would be able to make a living with this degree?

ST: The simple answer is that I didn't know, but I had to get practical. That's what I was trying to do when I decided to pursue teaching ESL [English as a second language]. I aspired to work in a field that let me utilize my degree in English because of my love of written language and literature. I love the simple experience of talking and discussing literature as well as gaining new perspectives. Even though I had no certainty of success, it goes to show that if you really love something then do it and you will find a way to keep doing it.

SG: What was your experience like teaching abroad in China?

ST: I applied to teach English as a second language in China right after I finished grad school. In 1987, China was just starting to open its borders to the West. My wife and I were lucky to get in honestly, but we were excited because it was a chance to get into a different cultural paradigm. The benefit of my experience was the chance to park myself for an elongated amount of time and become fully immersed. While we were there, hardly any Western influences could be found; the only fast food that we saw was a KFC. I only picked up minimal Chinese at first but eventually learned enough to develop functional literacy. Thinking back, it is interesting because the biggest culture shock was a reverse-culture shock; I saw everything in a new lens. China was ruled under a system of rigid totalitarianism; there was no running water in homes and people lived in crowded quarters. Once we returned to the U.S. it was amazing to see the allowances that Americans are allowed but don't recognize, such as free speech because certain expressions could get you shot or imprisoned in China.

SG: Your older brother passed away when you were 16; do you think this had an impact on your interests in literature or music?

ST: Yes, this is very possible because in periods of grief people are extremely susceptible. Given the vulnerability, it is important where one turns for solace or comfort. It will have a lasting impact because whatever distraction one chooses will then become associated with the loss, most likely for the rest of your life. Paul [his brother] introduced me to the kind of music that ended up shaping my taste as an adult. I remember him telling me, "you gotta start listening to real music" and that's when he introduced me to Led Zeppelin. Paul was also a lover of Shakespeare and my mother was an English teacher. Influences, such as these, stuck with me and continue to help me feel connected to the people I love after they are gone.

SG: Which three people (living or dead) would you invite to dinner and why?

ST: Even though this would make it four people, I would invite my family. I would love to sit down, talk and eat dinner with my two brothers, mother and father. Most of my immediate family passed away when I was very young, and I am now the only one who is still alive to carry on the Thomas legacy. To have us all in one room, together again, would be very nostalgic.

This series, An Interview with My Professor, is a collection created by the spring semester Media & Reporting class. This group of new journalism students each picked a professor's name out of a hat. After their interview, they received notes and feedback from their peers. Their final interviews are provided here.