Thirty-seven top-performing and service-oriented students from across the state were inducted into the community college Phi Theta Kappa (PTK) All-Colorado Academic Team last month. The annual induction, now in its 19th year, was presented by the Foundation for Colorado Community Colleges and the Credit Union of Colorado.

To qualify for the All-Colorado Academic Team, inductees must belong to their college’s chapter(s) of the Phi Theta Kappa (PTK) honors society. They have been selected as being the “best of the best” from their respective institutions for their academic achievements and community service.

Recognizing the academic achievement of two-year college students, PTK is the largest honor society in American higher education. To be eligible to belong to the PTK honor society, students must complete at least 12 hours of associate degree coursework and earn a minimum 3.5 grade point average. Colorado’s first PTK chapter was chartered in 1932 and today there are nearly two dozen active chapters in the state. More than 60,000 Colorado Community College students have been inducted over the last 85 years.

Raul recently transferred to the University of Denver where he is studying molecular biology with a concentration in neuroscience. Raul was surprised to discover he had a passion for science. After high school, he was a professional ballet dancer who earned a spot on the Colorado Ballet’s Studio Company. Only early last year did he decide to return to college to explore his academic interests. During this busy and impactful year at CCD, Raul was bitten by the science bug. He believes that his PTK service helped make him stand out as a transfer student and transition to DU. 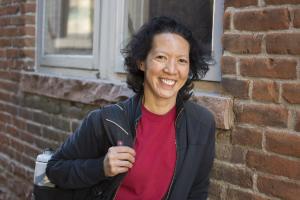 A non-traditional student at CCD on the path to an A.S. degree, Kerry is grateful every day for a second chance at life. For quite a few years, her life was not conducive to holding a job or fulfilling her dreams of earning an education. Today, it is her desire to assist others like herself to live a full and passionate life knowing that anything is possible. She is excited to be a part of Phi Theta Kappa and knows that it will help her accomplish many things including making a difference to those around her.