The $24.2 billion state budget for FY14-15, also known as the Long Bill, was approved and signed into law by Governor John Hickenlooper on April 30th. 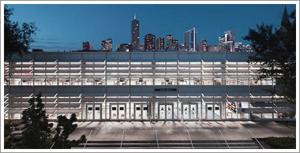 The 2014-15 Long Bill funded $17.8 million towards the Auraria Library renovation project. The final $5 million to complete the project is contingent upon final state revenue levels for 2013-2014, to be announced in September. This critical financial support enables the Auraria Library to move forward with building renovations to better meet the current expectations and changing needs of the Auraria Campus community.

Visit libnews.auraria.edu for the renovation updates.

This is a great example as to why CCD is such a unique opportunity for students. You're going to school at a community college situated on four-year college campus, plush with incredible amenities like the Auraria Library. Learn more about our beautiful Auraria Campus.