The CCD Music Department would like to congratulate several exceptional students and winners of scholarships and awards. 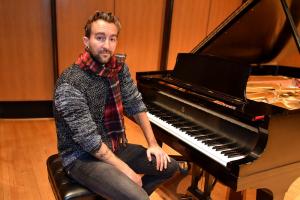 Bryan is the winner of the Music Department’s Fall 2015 Instrumental / Composition Student Performance Scholarship. With this, Bryan was award $250 for his growth over the semester, the skill level progression from the first lesson to the final performance, and his commitment and contribution to the program.

This semester, Bryan performed Chopin's Prelude in E minor, op. 28 and Mozart's Fantasy #3 in D minor, K397 by memory at the CCD recital. He also composed a seven-minute work, the longest composition in at least a decade of class piano at CCD.

As an older college student, Bryan is proud of his achievements, as he should be. A former Marine, Bryan has battled several challenges throughout his life, including depression, mental illness, and being incarcerated after a psychotic episode. He feels that people like he, as he calls “discarded” people, are often forgotten, although they are not useless or beyond hope. As a way of giving back and exploring these obstacles, Bryan is currently working on an EP in which he explores some of the emotional struggles of discarded men, such as mentally ill and incarcerated men.

Congratulations, Bryan! We look forward to celebrating your next accomplishments! 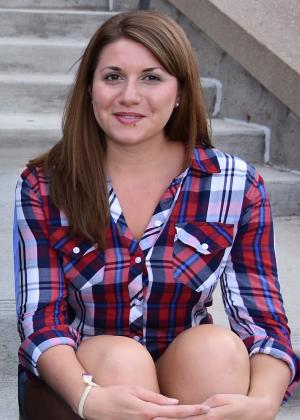 For this scholarship, Rachel was awarded $250 for her growth and preparations with the material, her skill level and progression from the first lesson to the final performance, and her commitment and contribution to the program.

This semester, Rachel performed Puccini's O Mio Babbino Caro, Max Reger's Waldeinsamkeit, Andrew Lloyd Webber's Think of Me, and Boyd & Walsh's The Last Goodbye by memory at CCD recitals. Between choir and private lessons, she sang in Latin, French, Italian and German this semester, and sang from musical and film music as well as lieder and opera. Rachel sang solos (as well as playing the flute) with the choir and showed strong leadership in Ear Training / Sightsing, as well as in music appreciation.

Several students were also awarded discounted studio time at Recording Studios at DMC. Thank you to DMC for your donations.

The qualities that Kayleigh demonstrated this semester were her enthusiasm about singing and vocal music as well as your high quality and moving performances at our CCD Vocal Recitals.

The qualities that Jerry demonstrated this semester were his enthusiasm about singing and vocal music as well as your high quality and moving performances at the CCD Vocal Recitals.

The qualities that Tony demonstrated this semester were your enthusiasm about singing and vocal music as well as your high quality and moving performances at the CCD Vocal Recitals.