Community College of Denver (CCD) is the only community college in the city and county of Denver and is surrounded by history, arts, sports and culture.

As one of 13 institutions in the Colorado Community College System, CCD is the third largest with more than 8,000 students taking classes both online and in the classrooms. In 1967, the Colorado legislature created CCD, with classes commencing in North Denver, then three years later in a renovated auto showroom close to the Civic Center. Over the next few years, the college expanded into nearby retail storefronts due to a rapidly increasing enrollment. Thankfully, in 1975, the College moved to the 150-acre Auraria Higher Education Center campus in downtown Denver.

Originally the site of the 1858 frontier town of Auraria, the campus has the oldest-standing structure in Denver — the former Temple Emmanuel (now Emmanuel Gallery), an exhibition space for student and faculty artwork. Situated along the west bank of Cherry Creek, CCD is also the only community college in the nation to share a campus with two four-year universities — Metropolitan State University of Denver and University of Colorado - Denver. Together the three institutions share classroom buildings, a fully accessible health center, a regional library, recreational facilities, a performing arts center and a student union.

Join our rich student body and start your educational goals here at a college that supports its students’ goals, celebrates their achievements, and seeks to increase the number of college graduates in the city of Denver and surrounding communities. 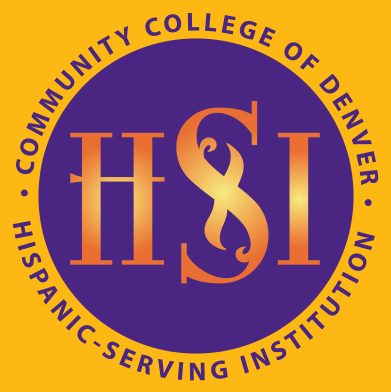