Now in its 10th year, the Confucius Institute at Community College of Denver (CICCD) has brought an appreciation of Chinese culture and language to the Denver community. 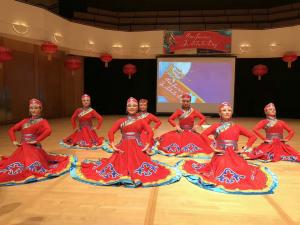 Established in 2007, CICCD is part of an international network of Confucius Institutes—headquartered in Beijing, China—whose purpose is to promote the understanding of Chinese language and culture and to enhance intercultural exchange. It is located on the Auraria campus in downtown Denver. With the support from the Colorado Community College System, CCD is currently collaborating with the University of Ji Nan in China in running the Confucius Institute. CCD is the only community college in the world to host a Confucius Institute.

September marks the 10-year anniversary and CICCD is proud to highlight the following accomplishments over the course of those years:

CICCD plans to celebrate the 10th anniversary at its annual Confucius Institute Day on Saturday, September 30th, 2017. A delegation from China will be present at the event, including:

This event is free and open to the public.