Read the Opening Remarks from University of Jinan's President

President Shi Qiang Zhang, from CCD’s partner school, University of Jinan, presented a “wonder speech” at CI Day, stressing the importance of bridging minds through language and promotion of cultural diversity. He went on to express the need for having a global mindset in the 21st Century, and to overcome differences between people in order to achieve common prosperity.

Established in 2007, the Confucius Institute at CCD is part of an international network of Confucius Institutes—headquartered in Beijing, China—whose purpose is to promote the understanding of Chinese language and culture and to enhance intercultural exchange. Learn more at ccd.edu/CI

Here are President Shi Qiang Zhang remarks at the opening of the event:

Today we have a get-together on the beautiful campus of Community College of Denver to celebrate the 10th Anniversary of Confucius Institute at CCD. On behalf of University of Jinan, I’d like to take this opportunity to extend our warm congratulations to the 10th Anniversary of the Confucius Institute, sincere gratitude to all of the guests present today, and high respect to Hanban and other people who have offered great support to us.

The 21st Century is a century of economic globalization and cultural diversity. The existence of different civilizations makes today’s world so colorful; and the interaction of different civilizations makes our history moving forward. In today’s world, the rapid development of informatization facilitates the means of communication and exchange, and draws the distance close between countries. People who live in the same global village are becoming more and more dependent with each other. In such an era, it is becoming extremely important to promote the dialogue, communication and understanding of different civilizations. Therefore we need to overcome the boundaries and obstacles within our minds, discard misunderstandings and prejudice, respect each other, and be honest with each other. Such an era also calls for wisdom of our souls, extraordinary courage and wide-open heart, learning from each other, learning what others are good at, it also requires us to overcome the differences of ideology, political systems, and development models, to be more tolerant with each other, and to agree to disagree. Only when we indeed act as what Confucius wishes “Do as you would be done by others” to seek harmony out of differences, and to develop out of cooperation, can sustainable peace and common prosperity of the world be achieved.

Ten years of cultivation and ten years of harvest, which has witnessed booming development and outstanding achievements of the Confucius Institute at CCD. During the ten years, the Confucius Institute at CCD has bridged minds through language and cultural interaction, become a window for the people in Denver and the surrounding areas come to know and learn more about China, which boosted the exchange among diversified civilizations. Its success is the product of the collective wisdom and efforts of Chinese and American partners, and of all teachers and staff. Hereby, please allow me, on behalf of University of Jinan, to express our sincerest gratitude to all the guests present today, and our friends who over the past ten years warmly cared for and energetically supported Confucius Institute at CCD.

“A single flower does not make a spring.” The Confucius Institute belongs to China and also to the world. It is not only the tie for people-to-people exchange and cooperation between China and the world, as well as the stage on which civilizations learn from each other. University of Jinan will conduct close cooperation with CCD, provide necessary resources to support the Confucius Institute, offer convenience for Chinese language learners in the local community and regions around Denver, and contribute to the cultural exchange and friendly relationship between America and China.

Finally, congratulate on the 10th Anniversary of Confucius Institute at CCD again and wish you good health, happy family and good luck in every aspect of your life.

Photos from the Event

You may click on the images below to enlarge photos. 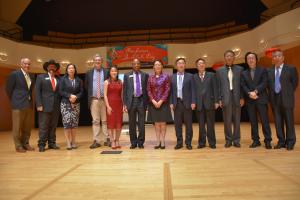 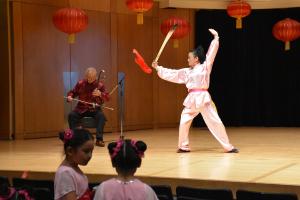 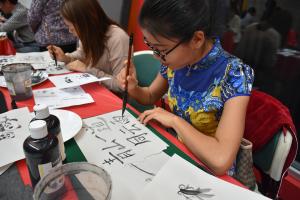 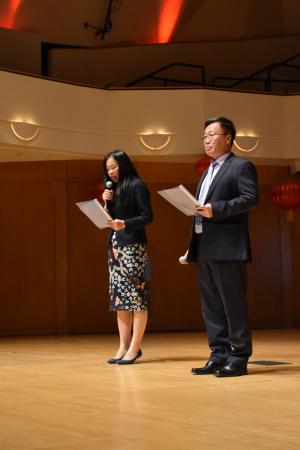 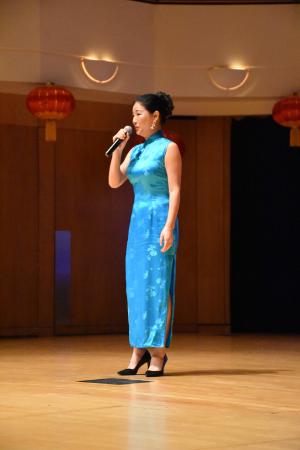 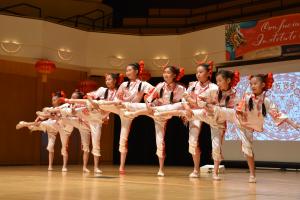 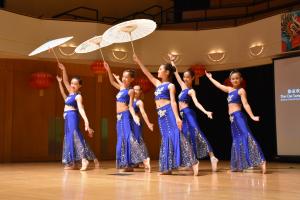 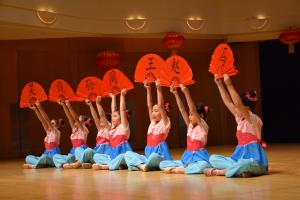 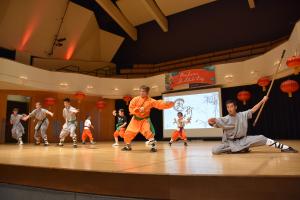 May 10, 2020
Textbook Resources for Summer Semester